RAON which represents rare isotope accelerator complex for On-line experiments was designed for nuclear physics, material science and medical research [1]. The RAON is designed to provide various high-intensity stable ion beams for domestic and international users. The driver accelerator accelerates various ion beams ranging from proton to uranium beams, delivering more than a 400 kW beam power. The driver linear accelerator of RAON consists of a low-energy superconducting linac (SCL1), a high-energy superconducting linac (SCL2) and a low-energy superconducting linac (SCL3). Types of RAON cryomodule are quarter-wave resonator (QWR), half-wave resonator (HWR) and two single-spoke resonators (SSRs). The prototypes of all the cryomodule were fabricated. Half-wave resonator (HWR) cryomodule was tested in low temperature environment. Operation temperature for QWR cryomodule is 4.3 K and that of HWR and SSR cryomodule is 2.1 K. Temperature of a body can be measured with blackbody radiation in all range of temperature. Blackbody radiation is changed when its size becomes small. The size effect of blackbody radiation was investigated [2–4] and the thermal radiation from arbitrary dimension was studied [5]. The effective temperature was defined for non-uniform temperature distribution [6–8]. Helium leak detection techniques were introduced to construct cryogenic systems [9]. Molecular gas flow through a tube was investigated [10,11] and vacuum test of a cavity was performed with liquid nitrogen [12].

When a body is described by stating its internal energy , entropy , volume , and number of particle , with = (, , ), the temperature is defined as


Entropy is expressed as


The entropy can also be expressed as


where B is the Boltzmann’s constant and Ω is the number of microstate.


where P is the pressure, V is the volume, N is the number of gas molecules, is the Boltzmann constant and T is the absolute temperature. The kinetic energy of the gas molecules corresponds to the thermal energy. For high temperature range, photon pressure needs to be included as [13]


where h is the Planck constant and c is the speed of light. The total pressure comes from gas molecules as well as photon. The critical temperature is .


where l is the mean free path, v is the average velocity of the carrier and is the effective mass of the electron. The electron velocity comes from the applied electric field in the material. This is the most general expression for the conductivity, which works for conductor, semiconductor and insulator. Resistance can be expressed as


Therefore, temperature sensitivity is very high in low temperature region and the measurement time is also short. For the band gap, the optical band gap is almost the same as the electrical band gap in most materials.

Insulator has high band gap. Diamond, glass and wood are called insulator. They do not have enough carrier density, so the conductivity of insulator is very low.

Physical Property Measurement System (PPMS) is shown in Figure 3. The resistivity of the sensors is measured using the Physical Property Measurement System (PPMS) from 2 to 325 K. The electric transport (ETO) measurement with the constant current of 0.01 mA and the resistivity measurement with 0.33 mA at 2 K and 0.99 mA at 325 K are used to measure the resistance of the sensors. Two methods have the same results.


where R is the resistance of the material and the square term is not considered. The Steinhart-Hart equation does not work well for the Cernox sensor. Square term needs to be included for better fitting as


works well for the Cernox senor.

This work was supported by the Rare Isotope Science Project of the Institute for Basic Science funded by the Ministry of Science, ICT and Future Planning (MSIP) and by the National Research Foundation (NRF) of the Republic of Korea under contract 2013M7A1A1075764. 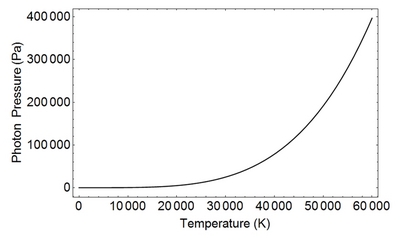 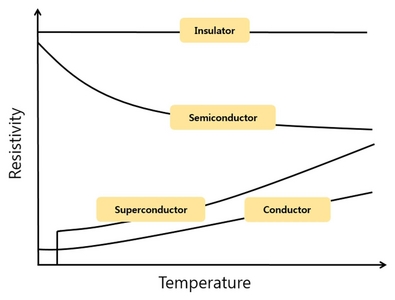 Fig. 2. Cartoon of the resistivity of material types as a function of temperature. 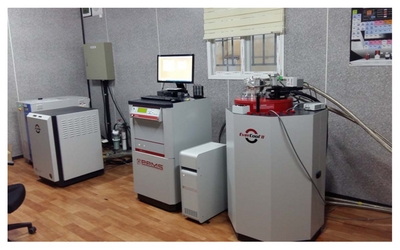 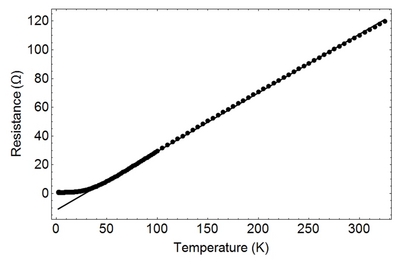 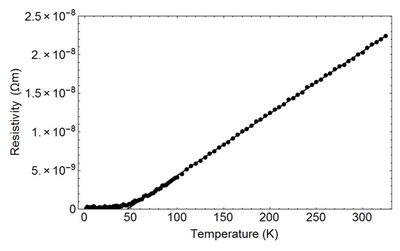 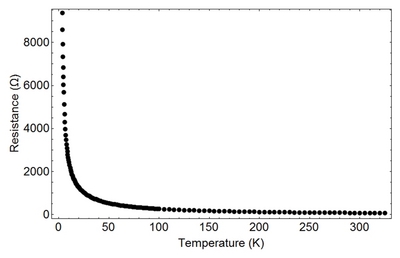 Fig. 6. Resistance measurement as a function of temperature for Cernox sensor. The resistance is increased as temperature decreases. 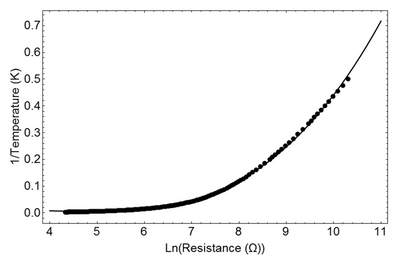 Fig. 7. Theoretical fitting for the resistance measurement of Cernox sensor. The data is fitted with and this fitting works well.