The intensity and uniformity of the dielectric barrier discharge (DBD) were studied via fabrication. The DBD can be achieved by various methods using dielectrics and electrodes; however, depending on the device configuration and fabrication method, unnecessary air gaps may occur between the dielectric and electrode. The air gap increases the breakdown voltage for plasma generation, thereby affecting the characteristics of the DBD. In this study, an inner electrode was formed on the surface of a dielectric by the silver mirror reaction to eliminate the air gap; in this technique, silver is deposited on the dielectric surface by a reducing organic compound. The DBD images of the silver-coated inner electrode were investigated using an intensified charge coupled device (ICCD) camera and the OpenCV library of Python for quantitatively evaluating performance measures such as intensity and uniformity. In addition, the reactive oxygen species (ROS) generated by DBD were measured with a band-pass filter and the ICCD camera. When the DBD device was driven by same voltages, the silver-coated inner electrode showed improved intensities and uniformities of up to 7.98 and 1.75 times, respectively. Moreover, the ROS intensities and uniformities were improved by up to 57.8 and 9.27 times, respectively.

The dielectric barrier discharge (DBD) process has been widely used in applications such as inactivation of bacteria, air purification, biomedicine, surface treatments, blood coagulation and fruit storage [1–5]. The DBD device has a simple structure comprising two electrodes and a dielectric, and it can be manufactured by various methods. However, complex forms of the DBD device, such as a cylindrical form, may have unnecessary air gaps between the electrode and dielectric. As this air gap increases, the electric field weakens, and the breakdown voltage for plasma generation increases [6]. Therefore, a fabrication method that avoids unnecessary air gaps is worth investigating to improve the characteristics of the DBD.

Figure 2 shows the schematic of the experimental setup to obtain the DBD images with an ICCD camera. A sinusoidal voltage in the range of 6 to 11 kV (peak-to-peak) with a frequency of 3 kHz was driven by the DBD device. The applied voltage was measured using an oscilloscope (Keysight DSOX6004A) and a high-voltage probe (Keysight N2891A, 1000:1). The corresponding current was measured using a current probe (Keysight N7026A). The DBD images were observed using the ICCD camera (Andor iStar) according to the applied voltage. The ICCD camera has a wider wavelength range of operation than visible light, i.e., 200–900 nm. The OH radical is a type of ROS having an emission wavelength of 309 nm, and NO radicals are ROS with emission wavelengths of 204–280 nm [11, 12]. The wavelength ranges were obtained using optical filters (Andover) so that the OH radical could be observed with the ICCD camera. The optical filter used here was a band-pass filter centered at 308.78 nm with a band-width of 11.20 nm. The optical density of the band-pass filter was 4 on average from X-ray to FIR. 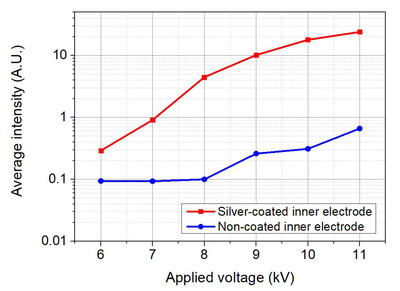 Figure 2. Schematic of experimental setup for observing DBD using the intensified charge coupled device (ICCD) camera. The DBD device is driven by a high voltage in the range of 6 kV to 11 kV, which is measured using an oscilloscope with a 1000:1 probe. The corresponding current is measured using a current probe.

3.1. Comparison of intensities and uniformities for the two types of electrodes 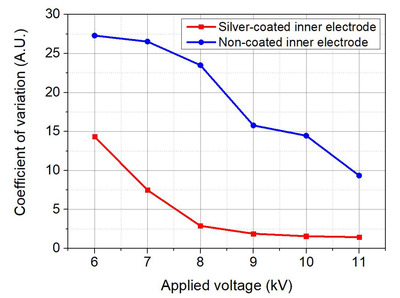 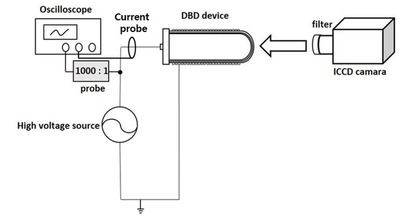 Image processing techniques were used to quantitatively compare the intensities and uniformities of DBD for the applied voltage. The DBD images obtained from the ICCD camera are converted to grayscale images using the OpenCV library of Python. The grayscale images can be represented by two-dimensional matrices of size M × N, where each pixel has the intensity information as g(x,y). The X-axis and Y-axis of the histogram represent the pixel intensity and number of pixels, respectively. If a pixel has high intensity, its value would be close to 255; otherwise, its intensity would be close to zero. Therefore, the intensity and uniformity of the DBD can be obtained from the histogram. 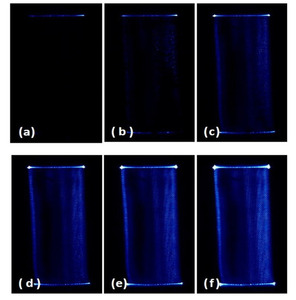 Figure 5. Average intensities according to applied voltages in the range of 6 to 11 kV and obtained by image processing of DBD images without any filters.


The CV is a normalized measure of the dispersion of

This work was supported by the National Research Foundation of Korea(NRF) grant funded by the Korea government(MISP)(No.2019R1F1A1042084)