Recently, metal nanoparticles obtained from plants and plant-derived materials have gained interest for numerous technological applications [12–16]. This type of synthesis is more adaptable than the microbemediated nanoparticles synthesis process. Synthesized metal nanoparticles originating from plants and plant-derived materials eliminate the need for culture maintenance and are easy to handle. In particular, the green synthesis of silver nanoparticles is more advantageous compared to other methods. This process does not necessitate requirements such as high pressure, energy, temperature, and toxic chemicals [17, 18]. Silver nanoparticles can also be synthesized from other plant parts [19,20]. These metabolites function as bioactive compounds and are capable of acting as both capping and reducing agents. This eliminates the requirement of the addition of any other chemical agents to the synthesized nanoparticles [21].

(Rottl.&Wild) Clarke belongs to the Cucurbitaceae family and is a type of tendril-bearing climbing herb. The root is yellowish white and has a bitter taste. It has laxative properties and is used as treatment for syphilitic rheumatism and in the later stages of dysentery [22]. (Rottl. & Wild) Clarke is a prostrate or climbing monoecious plant found in tropical countries such as India, Ceylon, Deccan, and in the Peninsula region [23]. The tuber extract of exhibits a higher inhibitory effect than the leaf and stem. Further, antimicrobial substances are produced in response to an infection [24]. This also serves as an effective remedy for diabetes, herpes [25], anthelmintic [26], rheumatism, and snake bites. The decoction of the root has proved beneficial in cases of chronic mucous enteritis. The phytochemical characterization of has shown that it contains numerous phytomedical compounds with properties of antimicrobial, antifouling, and antioxidant activities [27–30]. However, detailed reports on this plant material have not been published thus far.

The dust and debris on the collected rhizomes were washed using running tap water followed by distilled water. Figure 1 shows the photograph of and chopped rhizome. The rhizome skin was peeled off and cut into small pieces. Then, it was ground using a mortar and pestle (40 g of sample in 100 ml of distilled water). Wattman filter paper was used to filter the grounded paste. 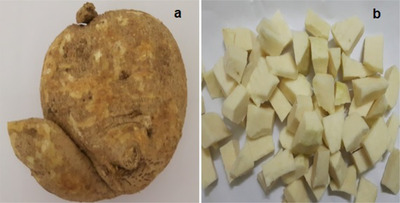 Figure 1. Photograph of (a) rhizome and (b) chopped rhizome. 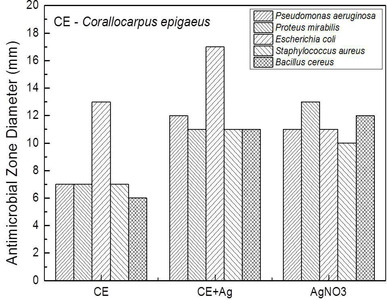 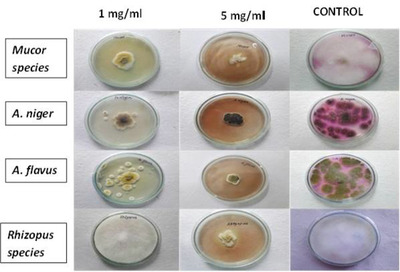 UV-irradiating synthesis was conducted at a wavelength of 253.7 nm and time intervals of 5, 10, and 15 min. Among these solutions, plant extract at the ratio of 6:4 with 5 mM silver nitrate exhibited dark brown color. The result was obtained in 15 min. The solution was subsequently centrifuged at 12000 rpm for 10 min at 4 °C. The overall yield of the extract was 100 μg/ml, and the experiments were carried out with this yield.

Employing the gold palladium coating method, the samples were coated on a clean glass plate and analyzed. After the preparation, sample plates were examined, and the size and shape of the particles was determined using SEM (TESCAN VEGA3). The silver nanoparticle morphology was assessed using high resolution transmission electron microscopy. The structural characterization of Ag nanoparticles was performed using X-ray diffraction (Rigaku Smart Lab 3kW, Japan). The bonding configuration of the silver nanoparticles was studied using an FTIR spectrometer (Bruker, Germany). The biologically synthesized silver nanoparticles were observed systematically, i.e., reduction of Ag+ ions during different time intervals using the UV-Visible spectrophotometer (Shimadzu, UV-2450). The absorption maximum was recorded before and after the synthesis of the nanoparticles using the rhizome extract.

The culture of the test microorganisms (, , , , and ) were inoculated in the Mueller-Hinton broth and incubated at 37 °C. After incubation, in the case of similar turbidity, it was used for inoculum. Discs with a diameter of 6 mm were prepared by using Whatmann No. 1 filter paper. The discs were then placed in a Petridish and sterilized in a hot air oven. Using sterile micropipette tips, 5 µl of each and with silver nanoparticles and AgNO3 was dispensed into the corresponding sterilized discs. The ingredients were weighed and suspended in 500 ml of distilled water and heated to a boil. The pH of the media was adjusted to 7.4, after which it was cooled and poured into the Petri dishes. The plates were allowed to set, and they were stored at ambient temperature.

A sterile swab was moistened with the broth culture, after which it was pressed against the sides of the tubes to remove excess fluids and was swabbed evenly over the MHA medium. After swabbing, the surface was allowed to dry. The prepared filter paper discs were placed in the previously prepared agar plates. To complete contact with the agar surface, each disc was pressed down. They were evenly distributed, such that they were no closer than 24 mm from each other. Each plate was examined after 24 h of incubation at 37 °C. The resulting zones of inhibition were uniformly circular with a confluent lawn of growth. The diameters of the zones and discs with complete inhibition were measured.

Khatami . [31] employed a method to examine the antifungal potency of nanoparticles against selected fungi. Here, this method was employed with slight modifications. Graded concentrations (1 and 5 mg/mL) of with silver nanoparticles were incorporated into potato dextrose agar (PDA) plates, and 6 mm agar plugs of 48 h cultures of , , , and were placed on the PDA plates containing nanoparticles and PDA plates without nanoparticles (control). The plates were incubated for 72 h at 28 ± 2 °C. The millimeter range of fungal diameter growth was measured. The percentage of growth inhibition is obtained according to the following equation:

HepG2 cells collected from NCCS (National Centre For Cell Science, Pune) were cultivated in Rose well Park Memorial Institute medium (RPMI), supplemented with 10 % fetal bovine serum, penicillin/streptomycin (250 U/ml), gentamycin (100 μg/ml), and amphotericin B (1 mg/ml) from Sigma Chemicals, MO, USA. All cells cultivated were maintained at 37 °C in a humidified atmosphere of 5 % CO2. The cells were allowed to proliferate for more than 24 h before use. The sample concentrations were recorded.

The conventional MTT reduction test was used to measure cell viability, as described previously with slight modifications. In summary, HepG2 cells were seeded at a density of 5 × 103 cells/well in 96-well plates for 24 h, in 200 μl of RPMI with 10 % fetal bovine serum. RPMI containing various concentrations of the test sample was added and incubated for 48 h. Cells were incubated with MTT (10 μl, 5 mg/ml) at 37 °C for 4 h after treatment and then with DMSO at room temperature for 1 h. The 595 nm plates were read on a scanning multi-well spectrophotometer. 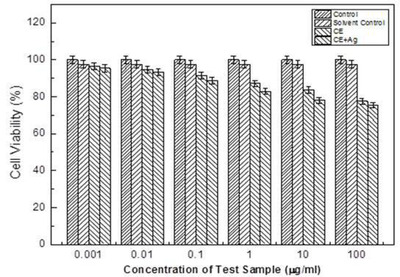 The XRD patterns of pristine and sample silver nanoparticles are shown in Figs. 6(a) and 6(b), respectively. The diffraction peaks show that the synthesized plant rhizome-Ag nanoparticle has a crystalline nature. Figure 6(b) shows the XRD results, with predominant diffraction patterns at 32.5°, 39°, 48°, 58°, 68°, and 78° corresponding to metallic Ag(122), Ag(111), Ag(200), Ag(142), Ag(220), and Ag(311) planes, respectively. The presence of unreacted plant extracts is likewise observed through diffraction peaks. 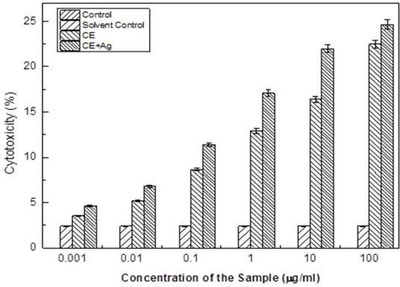 Changes in the functional groups were obtained using FTIR spectroscopy. Figure 7 shows the FTIR spectrum of the Ag nanoparticles extracted from plant and pristine plant. The characteristic transmittance spectrum of Ag nanoparticles can thus be assigned. The peak around 500–1700 cm−1 represents the sample synthesized from the plant extract. The peak at approximately 1700 cm−1 (amide I) indicates the presence of silver nanoparticles due to the existing amino group. The appearance of the CH2 groups in the final product is marked by the CH2 transmittance band in the 2000–2250 cm−1 region [32]. The stretching of the –OH group can be obtained through the presence of a broad peak between 3400–3500 cm−1. 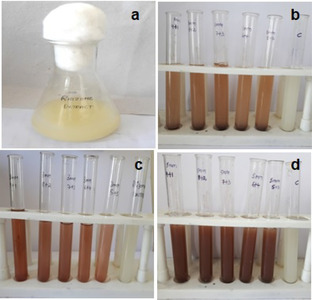 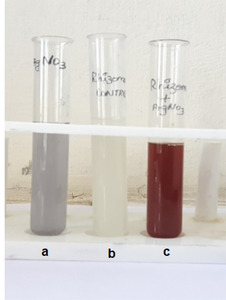 The plant rhizome extract and with silver nanoparticles exhibited bactericidal activity against , , , , and , as shown in Fig. 9. The most significant activity of the plant rhizome extract was obtained for (13 mm). Similar inhibitory activities of were acquired for , , and (7 mm).. For instance, Priyavardhini . reported that chloroform and acetone extract showed similar activity against (9.33 and 9.67 mm at 100 % concentrations). Similar activity was also observed for chloroform and methanol extract against (7.03 and 7.06 mm at 100 % concentration) [33]. Higher activity was reported for the aqueous seaweed extract of Hypnea muciformis. Ag nanoparticles were fairly toxic to , E. coli, and Staphy-lococcus aureus, with inhibition zones of 26, 22, and 24 mm, respectively [34]. No activity against was observed for the plant rhizome extract; however, significant antibacterial activity was observed for with Ag nanoparticles against Bacilus cereus (11 mm). The same type of zone size was also measured for and (11 mm), as shown in Table 1. Figure 10 illustrates the antimicrobial activity zone diameter. with Ag nanoparticles displayed optimistic results for all the strains; however, the diameter of the inhibitory zone was larger in (17 mm) than in , as shown in Table 1. The diameter of the inhibitory zone for (12 mm) was measured. The aqueous rhizome extract () was only used as a control, which displays slight inhibitory actions compared to with silver nanoparticles. The silver nitrate solution, which was used as a positive control in this study, showed bactericidal activity for all strains. The inactivation of the proteins is generally believed to occur as the metal nanoparticles react with proteins by combining thiol groups. Recently, the microbiological and chemical experiments were attributed to the interaction of the silver ion with thiol groups playing a crucial role in bacterial inactivation [35]. This suggests that the synthesized silver nanoparticles can be used to treat diseases caused by the abovementioned organisms. 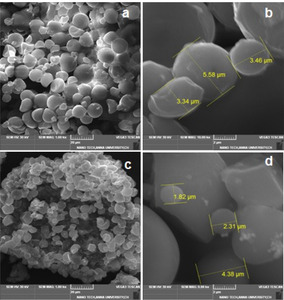 Figure 10. Antifungal activity of Corallocarpus epigaeus with silver nanoparticles against , A. niger, A. flavus, and on PDA plate with low and high nanoparticle concentrations and control plate without nanoparticles.

Table 2 . Antifungal activity of plant rhizome extract with silver nanoparticles on and . 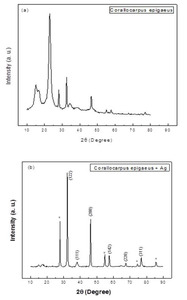 Figure 11. MTT cytotoxicity test of HepG2 cell line for 100 μg test samples: (a) Control, (b) , and (c) with silver nanoparticles.

The MTT cytotoxicity test was performed, and the resulting HepG2 cell line images are shown in Fig. 12. The MTT test was utilized for survival determination measurements, and the concentrations required for cell viability and cytotoxicity were determined, as shown in Figs. 13 and 14, respectively. The effect of the samples on the reproduction of HepG2 was expressed as the % cell viability. Tukappa . reported that the dose dependence of % cytotoxicity of methanol extract of Rumex vesicarius L. increases with rising concentrations [38]. At low concentrations of methanol, a decrease in viability was found through HepG2, and likewise, an eventual decline was observed tested at higher concentrations. The % inhibition of cell proliferation at 62.5, 125, 250, 500, and 1000 μg/ml was found to be 21.57 ± 0.7, 32.68 ± 1.0, 41.69 ± 0.6, 47.92 ± 0.9, and 70.21 ± 0.6, respectively. The percentage of cell inhibition of increased with the concentrations of the test compounds, whereas with Ag nanoparticles displays slightly higher activity of inhibition than . Figure 14 shows that the concentration of aqueous extract of on HepG2 was 22.47 μg/ml, and the concentration of aqueous extract of with silver nanoparticles on HepG2 was 24.64 μg/ml. On increasing the concentration of both and with silver nanoparticles, the HepG2 cell may result in higher inhibitions. Thus, the extracts have potent activities against human liver carcinoma. Phytochemical constituents, such as flavonoids, are the major components responsible for potential cytotoxic activity [39]. The flavonoids have cytotoxic activity owing to the presence of phenolic groups [40]. 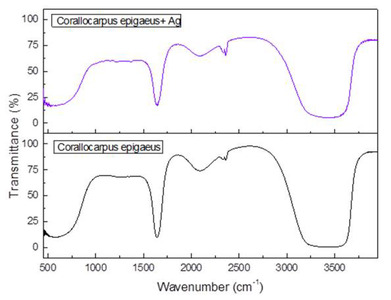 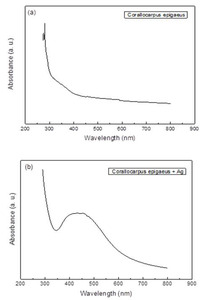 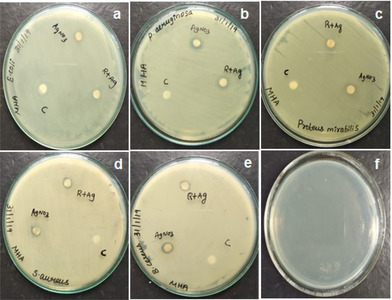 Our future research plan involves the isolation and evaluation of these active compounds to elucidate the exact mechanism of action. The cytotoxicity activity against HepG2 cells was demonstrated; hence, further studies including assay for apoptosis, DNA damage, and detection of gene expression (real time-PCR) followed by flow cytometry may be carried out to use and with silver nanoparticles as an anticancer agent.